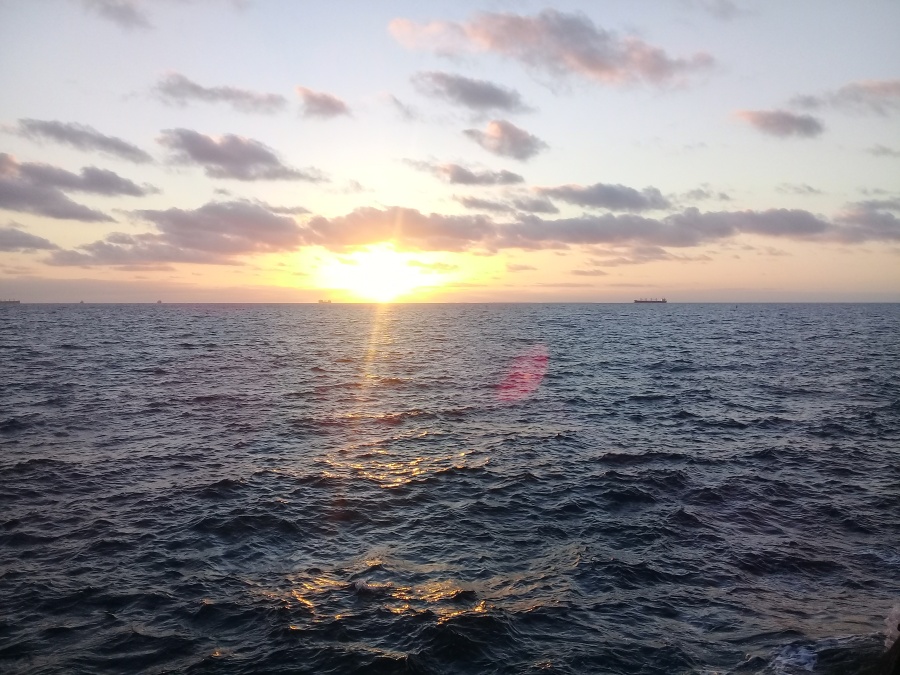 N.B. I was told after publishing the last post by my aerospace engineering (and “slightly” plane and rocket obsessed) older brother that my flight speed was in fact 550 mph, so… this is for you, Jake.

Starting Sunday this week, we had Orientation Week at St. Thomas More Residential College, the place I’m living for the next couple of months. (“College” is residential dorms and also high schools/boarding schools, and “uni” is the university. Yay for language differences!) Having helped to plan and run Notre Dame’s own version of orientation for the past two years for my own residence hall, it was strange to be back on the other side of the equation. I swapped out my blue/pink Breen-Phillips Hall tank top with “A” for ambassador for a bright, bright yellow tee that “Fresher” felt like an apropos physical embodiment of my newfound lack of knowledge and experience. I guess in a land known for its dangerous creatures, I needed venomously bright yellow to blend in and feel at home. At least it helped to highlight my newly developing tan.

Just as strange as switching to a new colour palette from the usually ND navy/gold, they have several sanctioned events that they serve alcohol at. I guess intellectually, I was aware that the US is behind most other countries with our late drinking age, but it was still a bit of a shock to the system to be official college events that aren’t dry. There’s a crew of people, the Red Frog Crew, who are a volunteer nonprofit who’s deal is that they go around to events that young people are attending, like high school or uni age events, and make sure that everyone is safe. In the words of their website, “Supporting, Serving, and Safeguarding Young People”. On our first official night out event to a nearby bar Wednesday night, this involved watching the roads on the walk home and serving water and donuts to intoxicated students. What this donut meant to my intoxicated mind cannot quite be expressed. Red Frog Crew, you are performing the services we need and doing the Lord’s work for hapless uni students. Good on ya.

This was a busy, busy week with many events organised through my residential college and through UWA. This started off orientation for international students at UWA, complete with quick rundown of “Strine”, or Australian English. Try saying it out loud in an Australian accent, you’ll hear it. This was only a quick introduction, learning is going to be an ongoing process. Other events included a walking tour of the City of Perth (complete with mini-tutorial on their very nice public transport system), a BBQ with a petting zoo and aforementioned Red Frog Crew people cooking us pancakes and cotton candy, and a visit to local Cottesloe Beach to eat fish and chips and watch the sunset. Throughout the week, the freshers at St. Thomas More learned choreography for a song mashup performed at the end of the week in a competition against the other residential colleges near UWA. This brought vivid flashbacks of every serenade practice I’ve ever been involved in at Notre Dame. Between the matching shirts, chants, dancing, and constant activity, the summer camp vibes were strong.

With all the business, some of the other ND students and I did manage to make some time to get to explore Perth more. Highlights included walks around the shopping districts of Claremont Quarter, Murray Street, and Raine Center; time spent strolling around the leafy and open Perth Zoo; wandering around Heirisson Island in search of the wild kangaroos (which were not spotted, so we’ll have to go back closer to twilight); strolls around some of the suburbs of Perth like Northbridge, Nedlands, Claremont, and Cottesloe. And, in the sunniest capital city in Australia and a city known for agreeable weather most of the time, two more trips to the beach. All in all, we averaged about 6 miles of walking per day, and my dogs were barking. Translated into Strine- my dingoes were howling? Maybe I’ll get a handle on the language eventually…

With classes starting this week, I expect that the feeling of permanent vacation/camp will fade and real life will begin to creep in. A gentle reminder that I am here to go to school, not just to explore around (although plenty of both will be happening…). Cheers, mate!